HIPAA Rulings and Guidance for 2022

This webinar identifies and examines the changing HIPAA landscape under federal law with a broad overview and highlights of updates for 2022.

HIPAA privacy and security need constant updates and improvements with health care practitioners being the targets of cyber attacks and cyber security risks.

The United States Department of Health and Human Services has published its proposed amendments to HIPAA in early 2021, but no final administrative regulations have been promulgated. What is to come, and how can you be prepared for some changes?

Find out how the landscape of HIPAA is changing for 2022, especially with regard to the increased practice of telehealth and telemedicine in 2022 with the ongoing Covid-19 pandemic. This is an intermediate webinar.

The areas covered in this session include these learning objectives:

HIPAA privacy and security in a health care setting; 2022 information for HIPAA updates

Why Should You Attend

This webinar examines the changing HIPAA landscape with anticipated updates for 2022 and an examination of recent developments in HIPAA law and procedures. With these regulatory updates, preparation is necessary to review health care interoperability and OpenNotes requirements with regard to digital transformations.

HIPAA privacy and security are changing in 2022 as health care entities continue to be the targets of cybersecurity attacks.

Erase the fear, uncertainty, and doubt by knowing the changing HIPAA landscape for 2022

The push by Covid-19 for the increment in the practice of telehealth and telemedicine 2022 led to the implementation of HIPAA Ruling and Guidance 2022. As a healthcare professional, you need to abide by HIPAA Ruling and Guidance 2022 for the examination of recent developments to prepare for digital transformations, and review significant regulations.

Q3. What has HIPAA changed for privacy and security in 2022? +
HIPAA has changed and updated following points for maintaining privacy and security in 2022:
Q4. How to get latest Update on HIPAA Landscape for 2022? +
We know you missed the live webinar. To know more regarding the Update on HIPAA Landscape for 2022, you can purchase the recording webinar/DVD/Transcript of HIPAA Rulings and Guidance 2022. Don’t forget to subscribe to us to stay compliant with HIPAA webinars. 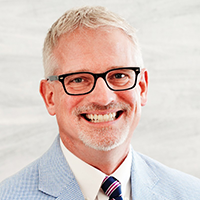 Mark R. Brengelman became interested in law when he graduated with both Bachelor’s and Master’s degrees in Philosophy from Emory University in Atlanta.  He earned a Juris Doctorate from the University of Kentucky College of Law.  Mark became an Assistant Attorney General in Kentucky in the area of administrative and professional law as the assigned counsel and prosecuting attorney to numerous health professions licensure boards.

He retired from the state government, became certified as a hearing officer, and opened his own law practice, including work as a legislative agent (lobbyist).

As a frequent participant in continuing education, Mark has been a presenter for over fifty national and state organizations and private companies as the:

This also includes FARB’s member clients as the:

Mark was the founding presenter for “Navigating Ethics and Law for Mental Health Professionals,” approved by five Kentucky licensure boards.  He also founded “The Kentucky Code of Ethical Conduct:  Ethical Practice; Risk Management, and; the Code of Ethical Conduct” as an approved, state-mandated continuing education for social workers offered as a video-on-demand.

Mark has now worked for all three branches of state government has worked since June 2018 as the Enforcement Counsel for the Kentucky Legislative Ethics Commission, an independent regulatory body that oversees 138 elected state legislators and nearly 800 registered lobbyists.  Continuing as an ethics attorney, Mark is also the contract counsel for the Ethics Commission of the Louisville Metro Government, a city and county merged government, the largest city in Kentucky, and the 45th largest metropolitan statistical area in the United States.

Mark focuses on representing health care practitioners before licensure boards and in other professional regulatory matters and representing children as Guardian ad Litem and parents as Court Appointed Counsel in confidential child dependency, neglect, and abuse proceedings and termination of parental rights and adoption proceedings in family court.